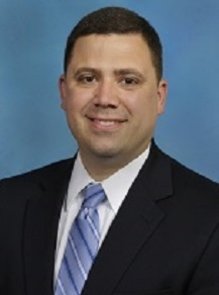 Darien Swenson is a Regional Bank District Manager with Wells Fargo over the Hub City district in Spartanburg.

An 11-year company veteran, Darien began his career at Wells Fargo as a licensed personal banker. He became a branch manager in the Midlands in 2010 and successfully led four branches before becoming the district manager of the Table Rock district in Western North Carolina in 2014.

During his career, Darien has earned numerous awards for his leadership, including the Wells Fargo Balanced Leadership Award and the Wells Fargo Coaching Excellence Award and is a graduate of the Carolinas’ Accelerated Leader Program.

A native of Panama, Darien is fluent in Spanish. He grew up in Seneca, South Carolina, and lived in the Upstate for more than 20 years before transitioning to Columbia.

Darien is a graduate of Clemson University and enjoys attending games, traveling and spending time with his wife, Amanda, and four sons, Conner, Noah, Evan and Ryan. Darien also has a passion for giving back to the local community and currently is a member of the United Way Financial Stability Council, a member of the Upstate Warrior Solution Action Board and volunteers coaching youth sports throughout the year.