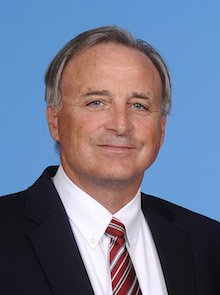 Immediate Past Board Chairman

Ken Meinke, CPA, is the Executive Vice President, Chief Financial Officer and Administrative Officer of Spartanburg Regional Healthcare System. Ken has served on the Board of Directors for Habitat Spartanburg since 2014 and brings a broad background in financial and organizational management to the Board. Ken chairs Habitat's Executive Committee and serves as an Ex-Officio member of the Finance Committee.

Since joining SRHS in 2011, he has played a key role in achieving and sustaining a significant financial improvement which has resulted in rating upgrades by Moody's and Standard & Poor's. In addition to being responsible for all financial areas at SRHS, Ken also oversees the Information Technology, Human Resources, Supply Chain, Risk, Insurance, Safety and Internal Audit.

Prior to joining Spartanburg Regional, Ken was the Senior Vice President and Chief Financial Officer at Maricopa Integrated Health System in Phoenix Arizona where he was the chief architect of a significant effort that resulted in financial turnaround at MIHS. Ken was also the Chief Financial Officer at Jackson Memorial Hospital and Health System in Miami and CFO at Boca Raton Regional Hospital.

He and his wife, Karen, moved to Spartanburg in 2011 and have four children and five grandchildren, all whom live in Western Michigan. In his spare time, he enjoys spending time with his family, staying active in sports -- as a spectator and participant.