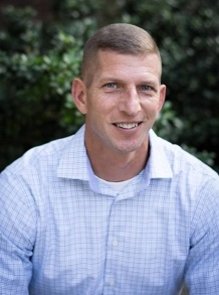 Tim Metz is a 20-year veteran of law enforcement and is current the Second Shift Lieutenant with the Spartanburg Police Department. Tim is actively involved in the broader Spartanburg community and understands firsthand the importance of affordable housing and combating neighborhood blight. Tim serves on the Habitat Executive Committee and on the Finance Committee.

Tim joined the Habitat Spartanburg Board of Directors in 2015 and serves as the Vice Chairman and is active on the Finance and Executive Committees. Tim organized a Public Safety Build Week for law enforcement, emergency preparedness, 911 and other public officials to participate in a Habitat Build.

In addition to his Habitat service, Tim has been involved in the planning of the Martin Luther King Jr. Unity Celebration and the "Let's Unite" initiative. He is a graduate of Furman University's Diversity Leadership Institute and Spartanburg Regional Fellows.

Tim earned a Bachelor of Science degree in Criminal Justice from the State University of New York at Brockport. He and his wife are natives of Syracuse, New York and have lived in Spartanburg since 1998. They have two children.