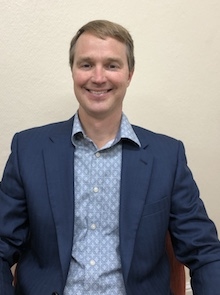 The Reverend Doctor Thomas Evans became the Senior Pastor and Head of Staff of First Presbyterian Church Spartanburg in 2012. Tom serves on the Habitat Governance Committee.

Born in Brazil, Tom is the fourth son of missionary parents and Presbyterian ministers. He comes to Spartanburg from Atlanta, where he served as the Executive Presbyter for The Presbyery of Greater Atlanta, the largest presbytery in the denomination.

He is a graduate of The College of William and Mary, and holds both Master of Divinity and Doctor of Ministry degrees from Princeton Theological Seminary in Princeton, N.J. He and his wife, Wendy, have two children, Liz and Matthew.

As a young boy, Tom spent a summer at Koinonia farms in Georgia when the idea of Habitat for Humanity was forged in Millard Fuller's mind. Tom has participated in Habitat work in five states and helped found an affiliate in Magnolia, Ark. He is thrilled to serve on the Board and help continue its mission.