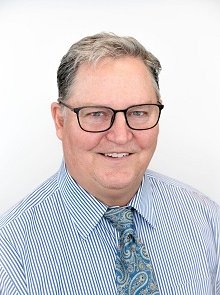 Larry was previously with the the YMCA for 25 years in various capacities. He spent his professional career working with volunteers along with providing programs that helped develop strong kids, strong families and strong communities.  Transitioning to Habitat for Humanity of Spartanburg was a perfect fit. Larry and his wife, Darlene, chose to move to Spartanburg to be closer to family.

His role as supervisor is to instruct, coach and support volunteers in the daily operations of building a house so that it can become a "home" for a well deserving family.

"As a former Executive Director of a Not-for-Profit, I value the tremendous community impact that Habitat for Humanity of Spartanburg promises in its mission," Larry said. " I am blessed to be part of such a wonderful team."