These are some of the qualities that come across poignantly when talking with Breana Dogan, a young woman whose mother and grandmother are both Habitat Spartanburg homeowners.

Before Breana was seven years old, her mother, Martha Pearson, was afraid to let her and her brother play outside. Living in a 2-bedroom apartment in an area unsafe for kids, Breana does not remember playing with other children or enjoying the outdoors. After her stepdad came to live with them, the small apartment became overcrowded. That was when Breana and her family moved into a Habitat home in Spartanburg, South Carolina. 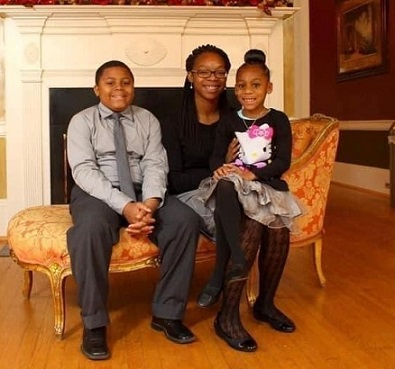 The move to their Habitat home brought Breana many things: her own room, a safe environment, space for playing family games, and a yard for playing and barbecuing. She remembers many fun times enjoying the backyard and visiting with her uncle and cousins, who lived next door. She played tag, had water fights, and enjoyed basketball right there on West Henry Street.

After graduating from Spartanburg High School, Breana enrolled at Wofford College with a Bonner Scholarship and graduated with a Bachelor’s degree in Biology, concentrating in Neuroscience. The Bonner Scholarship is focused on volunteerism and the positive effects that volunteering can have on individuals in the program and the communities they serve.

Breana is currently working at the University of North Carolina as a Research Assistant. She is completing her studies in an addiction lab that focuses on adolescence alcohol misuse and the neurological impact it has on the brain before fully developing into adulthood. She ultimately plans to obtain her PhD in Neuroscience.  "It was a full circle experience," Breana shared. "All the volunteers that helped build on my house gave me the encouragement to help others. It paved the way for me to do something for someone else. I was just paying it forward." 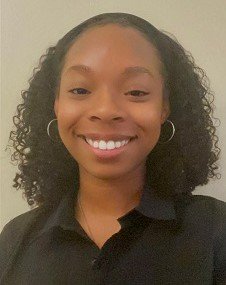 "I will be eternally grateful for the opportunity that Habitat Spartanburg has given us….This was just what we needed and at the time we needed it most.” -Breana Dogan, Daughter and Granddaughter of Habitat Homeowners

Author's Note: "This author fully teared up while listening to the extremely kind words Breana Dogan shared towards the volunteers, site supervisors, and others who make Habitat for Humanity of Spartanburg a reality. Outcomes like hers reflect the intergenerational impact we seek to achieve with each mud-filled site we navigate, each board we saw, each nail we pound, each door we hang, each piece of wall board we put in place, and each flowering shrub we plant. We may, at times, think we are just constructing a house, but for Breana Dogan’s family, we have also had the privilege of building a rewarding legacy.”