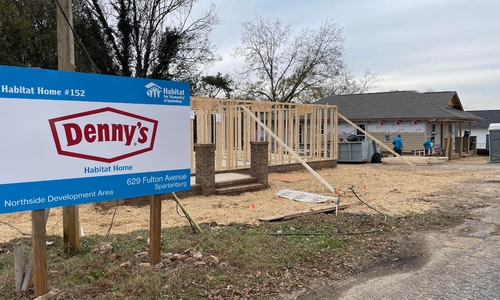 Denny’s, a flagship Spartanburg corporation, raised the walls on a sponsored Habitat home in the Northside Development Area on Wednesday, November 16. read more

The Board of Directors of Habitat for Humanity of Spartanburg is pleased to announce the appointment of Raymond T. Davis, Sr. as the new Executive Director. He follows Dr. Leland G. Close, who served the organization for eight years, with his last year as the organization’s interim director. read more 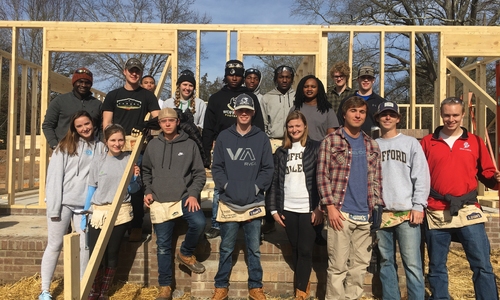 During the January Interim, Wofford College students helped Habitat for Humanity build two houses in Spartanburg, South Carolina. In 2023, they’re going for three and you can be a part of it! Wofford College, where thought leads to community service. read more 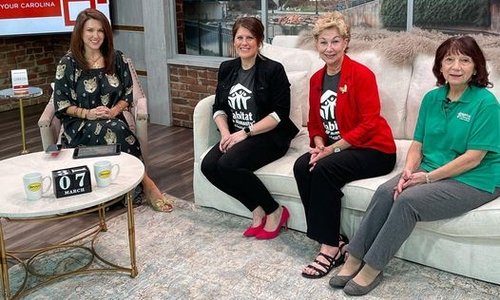 Megan is finding out how Habitat for Humanity of Spartanburg is empowering women one construction project at at time. read more 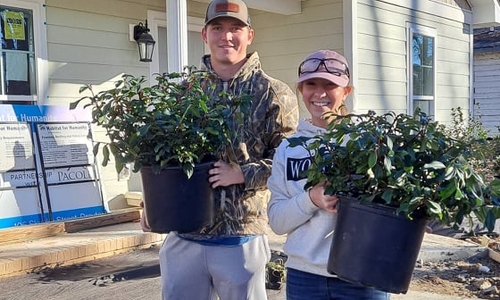 Isa Ortiz Calzada ’24 never had a doubt about the Interim experience she wanted this year. Calzada, an international affairs and French double major from Greenville, South Carolina, selected “Build an Affordable House - Save the Environment - Transform a Community.” She spent January helping Habitat for Humanity build two houses in Spartanburg County. read more 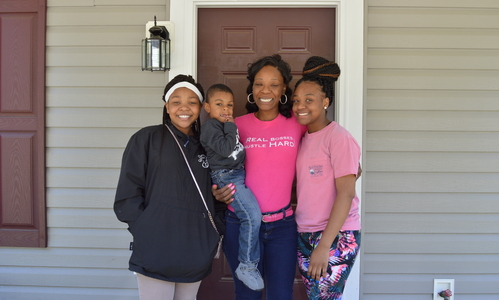 Habitat for Humanity of Spartanburg received more than $90,000 in September and October. The organization received $40,000 from Bank of America, enough to fund half of a home that is expected to be built in the fall of 2022. Habitat budgets an average of $80,000 for every home it builds. More than $50,000 was also raised during the annual Billy L. Painter Memorial Golf Tournament. read more 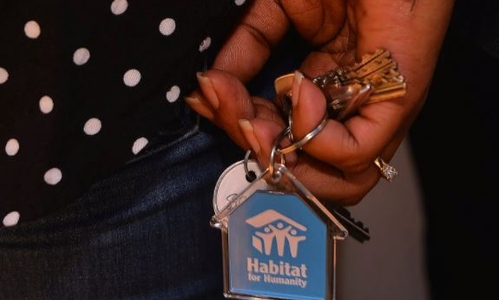 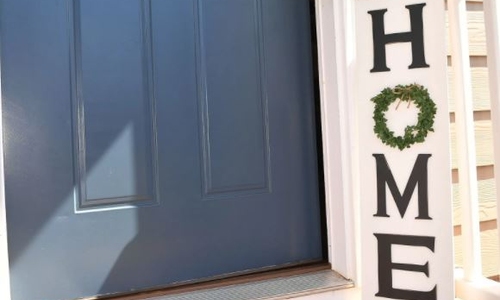 A Habitat homeowner wiped away a tear and placed her hand on the shoulder of her 13-year-old son as former NFL star turned philanthropist Warrick Dunn prepared to hand her the key to her new home on Tuesday. She became the latest recipient of a new house through Habitat for Humanity of Spartanburg and received an enormous surprise when learning she was the first South Carolina resident to receive an additional gift through Warrick Dunn Charities. read more