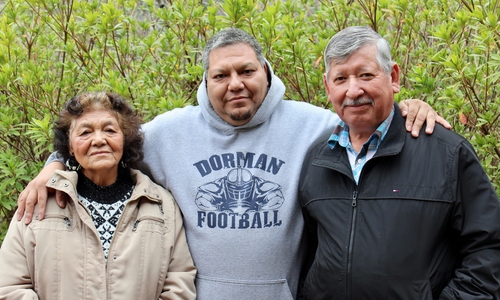 American Credit Acceptance, a flagship Spartanburg corporation, will raise the walls on a Habitat home in the Northside Development Area on Aug. 5. Associates from American Credit Acceptance (ACA) will complete many of the 2,000 volunteer hours needed to build the home, which will last through January. The Johnson Group Community Fund will provide full home sponsorship ($70,000) for the project. read more 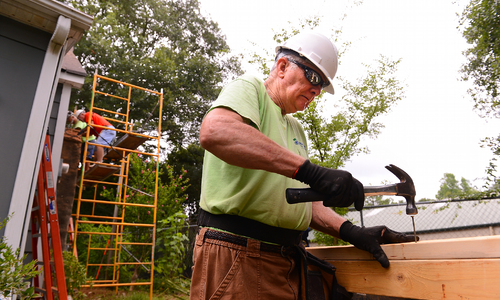 For the first time in years, Charles Davis Jr. is looking forward to a roof that doesn't leak. Davis, 72, was on the receiving end this week of a little help from both Habitat for Humanity of Spartanburg and volunteers from Upstate Warrior Solution. The groups are re-roofing Davis' aging East Main Street Extension home and addressing a crumbling chimney built more than a century ago as part of a new Habitat of Spartanburg Critical Home Repair program. read more 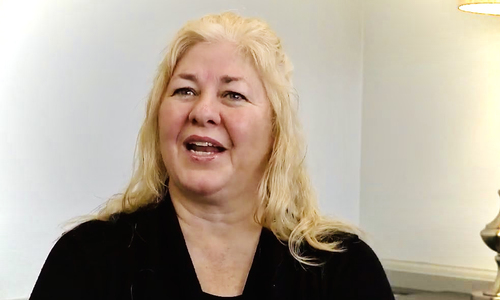 Produced for the Spartanburg Housing Summit, this video features stories and perspectives shared by Habitat homeowners and other local residents about both the challenges they've had with housing and the vision they have for our community. read more 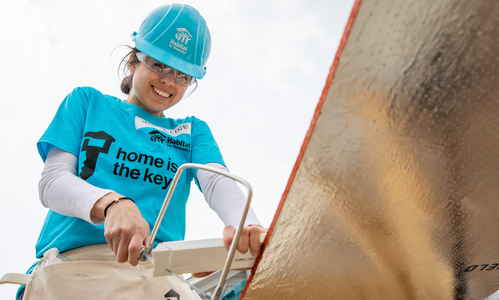 While Lee Close, executive director of Habitat for Humanity of Spartanburg, observed volunteers busily building two new houses on Salem Street recently, he celebrated not only those two nearly completed homes, but also a recent donation that will offer several low-income families the opportunity to live in one of the city’s most sought-after neighborhoods. read more 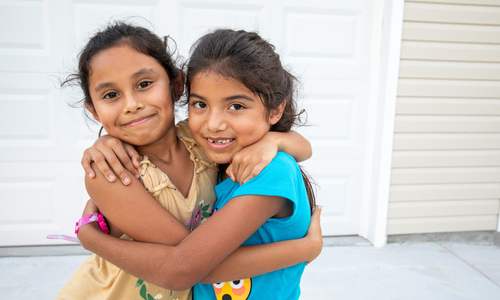 Where you live affects the life you can have. Living in an opportunity-rich neighborhood – one that has access to jobs, good schools, health care and transit, gives everyone a chance to succeed – no matter where they’re starting from. Safe and affordable homes are the foundation of opportunity and a springboard to a better future. read more 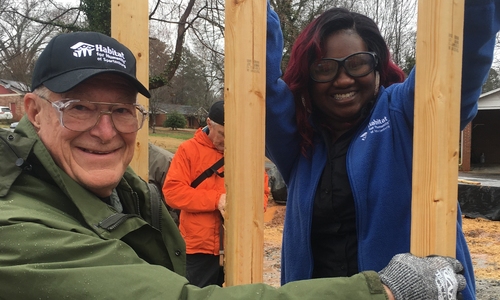 The Spartanburg County Foundation recently donated land in Duncan Park to Habitat for Humanity. Here, Habitat volunteers build two houses on Salem Street similar to the ones that will be built on the donated lot. read more 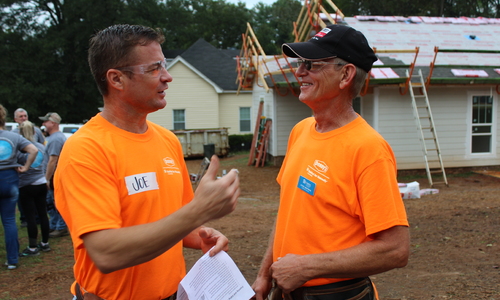 Toting hammers, hard hats and safety glasses, a small army of Denny’s corporate employees teamed with Habitat for Humanity of Spartanburg Tuesday. Starting with just a concrete foundation, volunteers were able to completely frame a brand new Habitat home on Pierpont Avenue, and they contributed strong backs and hands to painting, siding and roofing projects at two other homes on Pierpont and adjoining streets. read more 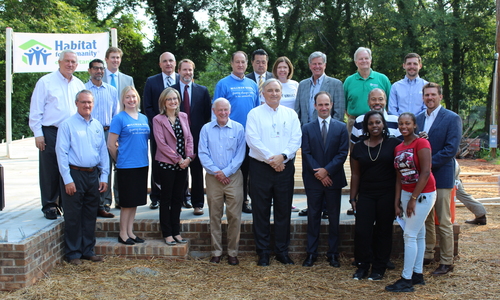 In a few short weeks, Lisa Simmons said she’ll hopefully never have to look over her shoulder again. Simmons, along with her daughter Shakila Crawford, will soon be the owners of a new home courtesy of Habitat for Humanity of Spartanburg. The group’s 132nd home — the same one Simmons will call her own — started to take shape in a major way Tuesday morning on Bon Air Avenue. read more