For many of us, the new year is a time of reflection. We think about our past accomplishments, our future goals, and the story we are writing with each passing moment. This year, as the calendars all turned to 2022, one man in particular was reflecting on his life story—and the role that Habitat for Humanity of Spartanburg had to play in it, starting more than 30 years ago.

James Rice, along with his older brother and sister, moved frequently as children. Their homes were scattered all over the City of Spartanburg, including the Southside, Northside, and Eastside. When James was a teenager, their father experienced an unexpected job loss which led to an unstable housing environment. They moved to a home that James remembers as being overcrowded and cold, lacking in proper insulation, but his parents always made sure their needs were met.

Hardship led to opportunity when his mother received a call one day at their church, At His Feet Ministries. Dorothy, James’s mother, and Dan, his father, had applied to Habitat Spartanburg’s Homeownership Program—and the call finally came that they had been approved. The news brought tears to Dorothy’s eyes. That one phone call changed their lives forever. 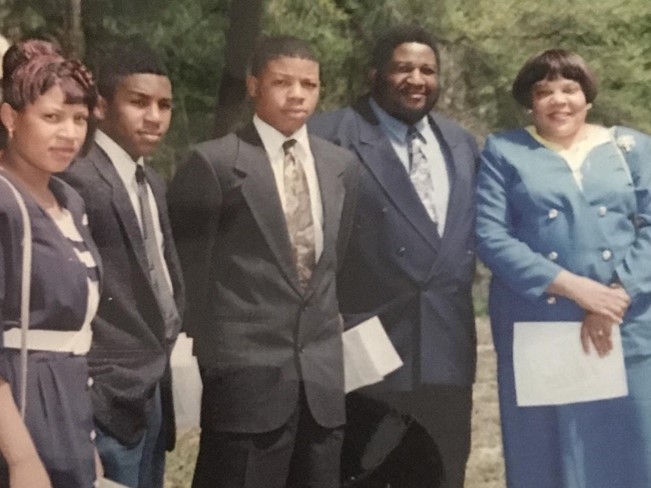 Their whole family participated in the Sweat Equity process to prepare for homeownership. James, just a 9th grader at the time, still remembers milestones like their Groundbreaking Ceremony, move-in day, and their Home Dedication. Of their new home, he says, “Our Habitat home allowed me to create my own identity for the first time in my life, because I had my own room.” His new identity would be focused on helping others, something James credits to his experience in the program.

"The trajectory going forward for our family changed when we moved into our Habitat house.”
James Rice, Son of Habitat Homeowners

When James graduated, he worked as a mentor with Project Right Start, founded by Dr. Arthur Brewton to help minority teenagers in Spartanburg County start their lives on the right track. He later served as a Police Officer with the City of Spartanburg for about 9 years. Today, he serves as Recreation Manager of Parks, Recreation, and Special Events for the City of Spartanburg. He has enjoyed this role for over 20 years, organizing youth and senior activities at community centers across Spartanburg, many in the same neighborhoods where he grew up.

James desires to teach his own children that the opportunities they have today exist because his family broke the cycle of substandard living conditions. “I will never forget where I came from and the challenges my family went through to be where we are today,” says James. His two eldest sons have received scholarships for academics and athletics. His oldest daughter, a senior at Spartanburg High School, has been offered several local scholarships for college. James has confidence that his youngest daughter is well on her way to receiving both athletic and academic scholarships, as well.

James’s father Dan has since passed away, but his mother Dorothy still lives in their Habitat home in Spartanburg. The whole family is still active in their church, At His Feet Ministries, where Dorothy is now the pastor.

“People will see the glory, but they don’t know the story,” James says. This is his story. 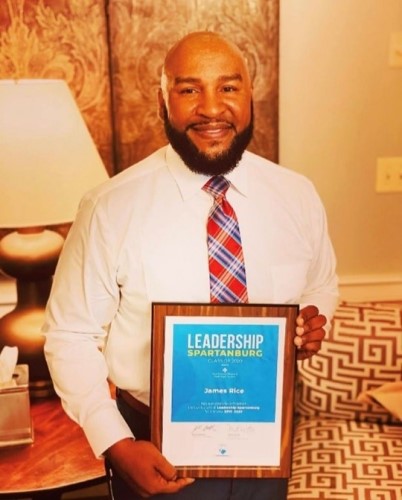 “Reflecting on the New Year, and looking back over the years, I realize how much Habitat for Humanity helped my family in our time of need... We moved around a lot, but once approved, we all pitched in with the help of loving volunteers and created our new home. From there, I knew the sky was the limit. My career would not be the same without this experience. Thank you, Habitat for Humanity!”

James Rice, writing to Habitat for Humanity of Spartanburg on January 2, 2022

Thank you, James, for sharing your story!