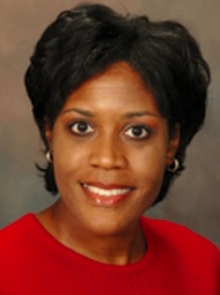 Camille Bethea is an Associate Professor of Spanish at Wofford College where she has taught since 2003. She will begin serving as chair of the Modern Languages, Literatures, and Cultures Department in May. She currently serves as coordinator of Spanish, a thriving program that has around seventy-five declared majors, and is coordinator of the Latin American Studies Program.

At Wofford, Camille takes a very active role in service to the College. Among other duties, she serves on the Presidential Committee on Diversity and Inclusion, is the faculty mentor to the international visiting faculty, and the faculty sponsor of two student organizations. Camille also serves on the Publications Board, participates in community engagement initiatives, and is a faculty marshal.

Camille’s service with Habitat began in 2011 when she joined the Family Selection Committee. She felt inspired by the dedicated veteran members of that committee who worked so conscientiously to help carry out Habitat’s mission, witnessing first-hand the overwhelmingly positive impact of affordable homeownership on families in need. Two years later, Camille began serving her first term on the Habitat board and in addition to working with Family Selection also became chair of the Neighborhood Support Committee. This January, Camille begins her third term on the Habitat board. She will continue to serve on Neighborhood Support and assist Family Selection with Spanish-speaking applicants.

Camille is a graduate of Wofford College and holds a M.A. and a Ph.D. in Spanish Literature from UNC-Chapel Hill. In addition to her work with Habitat, Camille serves on the Greeters and Education ministries at Cornerstone Baptist Church.