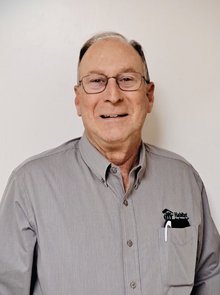 Russ's father was a Habitat volunteer in West Virginia after he retired and Russ believed in the mission and thought it would be a good fit. Russ began his service as a member of the Family Selection Committee and now volunteers with the ReStore Volunteer Group on Mondays and as a regular construction volunteer on Tuesdays. Russ's church, Fernwood Baptist, is also heavily involved with Habitat.

"I make it a point to attend those, if I'm able," Russ said. "That, to me, is what it's all about. The fact that you get to see the commitment of the volunteers when you raise the walls and hear the appreciation of the homeowner when the home is dedicated touches my heart."