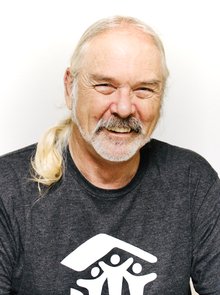 Terry Weaver joined the Habitat Spartanburg team as a Construction Supervisor in April 2018.

Terry moved to Spartanburg with his wife, Kim, about 10 years ago to be close to their first grandchild. He had recent experience working in real estate and insurance, but after almost 50 years in construction, Terry returned to his passion when he saw the opportunity to join Habitat Spartanburg in 2018.

"The volunteers go above and beyond to get the job completed," Terry said. "It is so rewarding to have groups out on the construction site who have never held a hammer or used a paintbrush and, by the end of the day, they're confident and have met their goals. Habitat is a great organization and all of the homeowners are hard workers."

The Board of Directors and Habitat Spartanburg staff realized that, in order to serve more families by building more homes, there was a need to expand our construction team. Having a supervisor with Terry's expertise and background was vital.

It's the job of Terry, Steve Hoffman, and Larry Porter -- all Construction Supervisors -- to oversee Habitat home construction, to supervise and lead volunteers, and to maintain a safe atmosphere. With Terry joining the team, Habitat Spartanburg will be able to further its impact in the community through both new home construction and critical home repair projects.